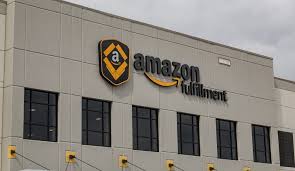 Amazon is delaying the launch of its activity in Israel by a few more days until the beginning of next week, when it will finally go on air. The project managers for Amazon’s local operations in Israel, led by Rolf Kimmeyer, are making the final efforts towards holding the official launch early in the week in order to take part in sales for Rosh Hashanah (Jewish New Year) at the end of the month. Amazon will conduct its retail operations in Israel through Israeli sellers to Israeli customers under the name ‘Local Delivery.’

At the same time, additional companies are signing up to sell on the ecommerce platform, including fashion chain Crazy Line and the Tzomet Sfarim chain of bookstores, in addition to the companies that have already announced that they will go on the air with an online store on Amazon, such as Newpan, Electric Consumer Products, Fujicom, Mommy Care, and Minus 417.

Earlier this month, Amazon asked sellers to be ready to start in the week after September 12, and emphasized that immediately after the launch, traffic on the site would surge. “Give priority to products that can sell well on Rosh Hashanah, and to bestsellers,” Amazon asked sellers, adding, “Make sure that your prices are competitive, make sure that your bargains are accessible, and complete your tests in preparation for going on the air.” The company has been making huge efforts for some time to complete its launch ahead of the holidays in Israel, and appears determined to meet this target.

Together with the difficulty ahead, it appears that over the past 18 months, Amazon has made rapid and enormous progress in its local ecommerce activity. Just four months have passed since Amazon notified suppliers that it was inviting them to take part in its online sales plan.

In May 2018, Amazon began hiring translators into Hebrew for its headquarters in Luxembourg, from where its main activity in Europe is managed. In July 2018, Amazon began offering free delivery for orders of over $80 in order to test Israelis’ responses to purchases that included VAT. This campaign was a huge success. One month after that, Amazon published a survey in Hebrew aimed at Israeli sellers about pricing methods and selling channels, and senior Amazon executives visited Israel two months later for a series of meetings with local delivery companies.

One of the interesting questions arising from the announcement is how relations with suppliers and retailers in the local market will be affected. The largest retailers in Israel anxiously followed the decisions by their suppliers ahead of Amazon’s launch, and sought to find out which of them were likely to go on the air and takes the retailers’ sales away through the new platform.