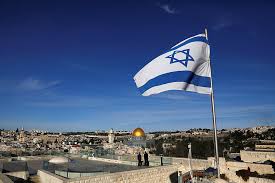 The long-awaited arrival of Amazon in Israel appeared to have come on Tuesday as the e-commerce giant invited Israeli vendors to sell products directly to local shoppers through the site.

The move by itself wasn’t dramatic but it caps months of signals from Amazon that it plans to establish a local presence in Israel. While some retail executives and stock market analysts discounted the significance of the move, others said it was the first step in a wider rollout in Israel, which would include a local logistics center and warehouse.

In a Hebrew-language email, Amazon invited its Israeli vendors to become part of a local delivery program in Israel, including a Hebrew-language site. “The plan enables you to use the Amazon.com account you already are familiar with to sell and supply orders directly to customers in Israel, by means of your inventory in Israel,” the company said

Dvir Cohen, whose company, Amazon in a Click, offers support services to Israeli companies and individuals selling wares online, noted it was the first time Amazon had communicated with local vendors in Hebrew, marking a milestone in the company’s presence in Israel.

“What is new is that Amazon is recognizing Israeli merchants. Amazon developed its platform and in effect is enabling anyone with an Amazon account to expand its target audience to nine million Israelis,” Cohen said. “That’s very nearly a revolution, and it’s a big step for the Israeli consumer and for merchants who can now sell their wares without any need for huge contracts with large distributors.”

A year ago, as reported in TheMarker, Amazon began to develop a local website in Hebrew and was looking for translators and editors who specialize in Hebrew-to-English translation. Meanwhile, Israel has been abuzz with reports that the company has been observing the Israeli market and taking small steps to upgrade its local presence.