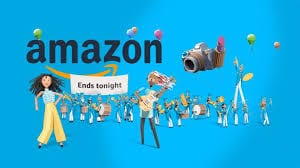 Amazon took another step toward launching a sales presence in Israel Wednesday, when it sent a letter in Hebrew to its Israeli sellers inviting them to sell from Israel and reach millions of new customers.

The email, headed Amazon Service, stated, “Currently there are 300 million active customers around the world. Sell from Israel and reach millions of new customers.”

The email included instructions for sellers detailing pickup, packaging, shipment and customer service. Customers must receive packages within five days, the company stated, and they prefer that shipping be free, it added.

Its most popular categories for commerce are appliances, digital items such as cell phones, cell phone accessories, laptops and other computer equipment, sporting equipment, kitchen items, toys, dietary supplements and furniture, it noted.

“These categories could sell well in the local market,” it stated.

It also recommended that Israeli sellers differentiate themselves by offering faster shipping or free shipping.

However, contrary to Amazon’s main markets, where it maintains warehouses for third-party sellers and handles logistics and shipping — items marked “Fulfillment by Amazon — in Israel the local sellers will be responsible for maintaining their own inventories and shipping their own products.

Amazon’s protocols include strict instructions governing issues such as customer service, inventory and relationships with suppliers. Israeli sellers, who are familiar with the logistical problems in Israel, apparently were hesitant to sign up for the Hebrew-language site.

This is the second official email the online commerce giant has sent in Hebrew, after one in late April.

The email did not state when the company plans to launch its Hebrew-language website, but according to sources it will happen before the end of the year.

Amazon had originally planned to launch in Hebrew in early summer, but the company postponed the move due to problems that included a dearth of Israeli sellers, conflicts over translation and technical and regulatory troubles.

The Hebrew site It will most likely launch before some of the major shopping days toward the end of the year, such as Black Friday in late November.

The latest email indicates that Amazon has overcome the most recent sticking points.

Amazon executives in charge of European and international sales for the company have visited Israel several times, meeting with companies interested in providing services to sellers, including UPS Inc. and eCommunity. The company also now has two Israelis representing it here.

The news pushed down the share price of Israeli brick-and-mortar retailers. Melisron and Azrieli, which operate the country’s largest malls, saw their shares drop 3% and 2%, respectively, during midday trading.